Why They Do It

Networks and personal computers are under continuous assault from hackers. The types of attacks vary widely complexity and severity, but hackers generally have one of three motives for compromising networks: 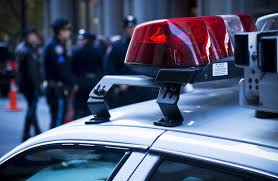 This is good old fashioned crime. They want to make money fraudulently or steal money outright. The goal is simply to enrich themselves and their co-conspirators. For example, a popular Internet crime is Click Fraud. The criminal obtains an advertising banner where they will be paid a commission each time the banner is clicked. They then create a bot-net, a network of computers that they have compromised and control them without the owners being aware. Typically a user is tricked into downloading a Trojan horse virus that then installs the controlling software. The Bot-nets computers will generate banner clicks and produce undeserved. Bot-nets are also used to generate email Spam. If you have ever had to change your email address because junk mail overwhelms you know that Spam is a problem. It can also be illegal and may promote scams that defraud. I can not tell you how many emails I have gotten email to inform me that I have won the Irish Sweepstakes. 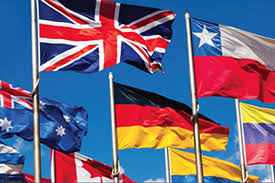 Sometimes websites and networks are targets for attack for political reasons.
Such hackers come in two varieties; Cyber Warfare and Hacktivist. Of course, there is also identity theft. If hackers can obtain personal information about they may be able to access your banks accounts, obtain credit and make purchases in your name. Identity theft is really just stealing, pure and simple.

Cyber War:There have been an increasing number of network breaches reported traceable to hackers believed to be working for or in the interest of nation states. Attacks from China and Iran have gotten the most attention in recent days. The White House Military Office had its email system compromised by hackers believed to from China. Chinese attacks have been generally focused on economic and security information as opposed to doing damage to the system.

Attacks believed to be coming from Iran appear aimed at damaging critical US infrastructure. The major banks have recently been the targets of -Denial of Service- attacks that attempt to bring down a web site or network by flooding it with messages. Botnets are also a vehicle for launching such.

Hacktivist: This is a term used for hackers motivated by political activism and hack to advance or draw attention to a Hacktivists tend to come from the far left of the political spectrum, not to imply that there are not extremists on the far right. However, this is akin to protest movements which historically are more popular with liberals and an leftists. Noted hacktivist attacks have attempted to harm or embarrass prominent corporations who they view as symbols of Capitalism, which they oppose

The group, Anonymous - is probably the most famous hacktivist group, although it is really a very loosely associated collection of groups that unite under the same banner. They are unified in a belief that the internet should not be regulated in any way and oppose any censorship and control.

Groups allied with Anonymous have hacked into government websites in the US and UK. They have also target commercial sites as well. This year an Anonymous group hacked into the servers of Symantec and stole the source code for the 2006 versions of Norton Software, including Norton Antivirus and PC Anywhere. They published the code on web sites, making it available to anyone who might want to exploit the code in hack attacks or use the code to make better attacks. Although Symantec claims the 2006 code is obsolete and useless, some feel that it will be a valuable resource for hackers. 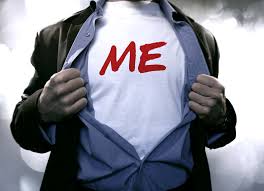 Last, and not necessarily the least, are hackers motivated by personal issues. Some hackers simply enjoy the challenge of breaking through security. The potential of getting caught and the thrill of getting away with something provide an adrenalin rush that is one of the most dangerous sources of target security breaches comes from disgruntled current or former employees who want to do damage to a company as revenge for a perceived wrong. Like those with political grudges, they are not just interested in stealing information; they want to punish their target. In this case, you may not have to look far for the threat; it may be sitting next to you at a meeting.

Regardless of the reasons for a hacker attack, we need to do the most to protect our networks, computers and data resources. That means protecting all servers and computers on a network with firewall and malware protection. That means a never ending review and update of software and procedures to ensure that you are one step ahead of the bad guys.